Game On: An Enemies-to-Lovers Short Story 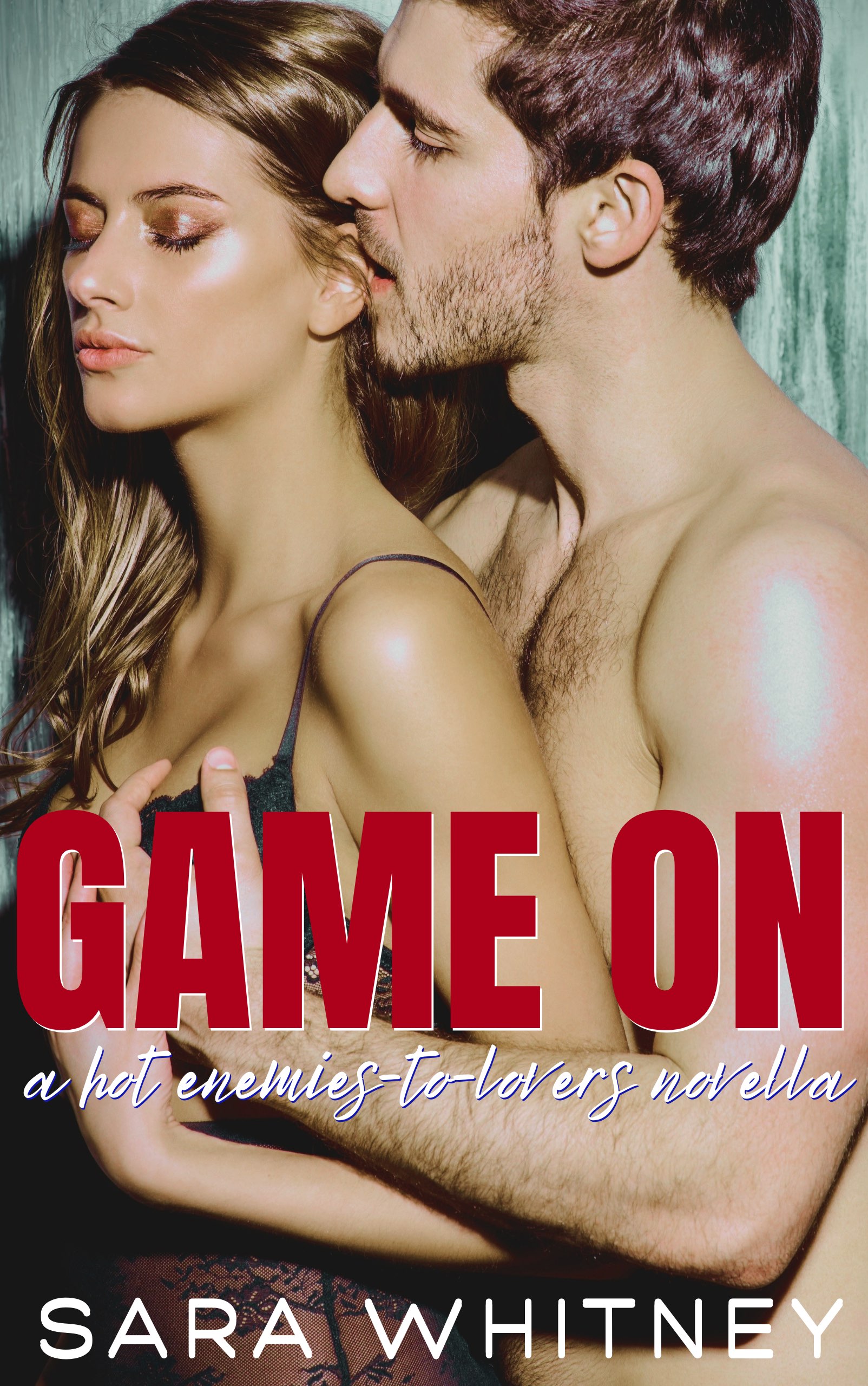 Rival teams
All Grant Franklin wants to do is watch his Cubbies in peace. Too bad his irritating new neighbor makes that impossible. And he’s not sure what’s worse: her insistence on wearing Yankees gear to every game, or her complete indifference to his charms.
Sparring seatmates
Lily Castillo didn’t intend to become the New York-supporting thorn in her handsome neighbor’s side, but it’s just too much fun using her sharp tongue to get the unflappable Grant to flap. If only she could stop thinking about him once she leaves the ballpark.
Let the games begin
With one hundred plus home games in the season and seats that share an armrest, Lily and Grant have plenty of time to bicker, provoke, share family secrets, engage in a little sabotage… and maybe even fall in love.
This fast, fun standalone story will round the bases with baseball fans and non-baseball fans alike.

She was dressed in New York Yankees navy, and Grant Franklin disliked her on sight.

It was unbelievable. She was taking up space straight down the first baseline during the Chicago Cubs home opener with an enormous, stylized NY in the middle of her chest.

He settled into his own seat, the one he’d occupied for six years running thanks to good luck in the season ticket lottery after a lifetime of waiting, and found himself jockeying for armrest space with this… woman… who was sprawled next to him, with her blasphemous clothing and her sulky face, ruining the vibe for everybody in the vicinity.

He shot a covert glance to his left and confirmed what he’d feared: she’d topped her shaggy ponytail with a hat bearing the Yankees Uncle Sam bat logo. His temples throbbed as he considered the way she was disrespecting the ivy covering the walls of this holy place.

“I take it you’re not a baseball fan?” The words barely escaped through his gritted teeth.

The sharp angles of her face twisted in confusion. “I love baseball.”

He looked pointedly down at her sweatshirt. “You sure about that?”

Her confusion dissolved into a scowl, and she crossed her arms over the offending letters. “At least my guys don’t blame a goat for their failures.”

Low. That was low. He exhaled on a five count before he was able to speak.

“Pathetic.” She smirked and took a long sip of her beer.

Beer. Yes. Maybe that would improve the situation. He gestured to the closest vendor and held up two fingers. The first inning wasn’t even underway, and he felt the urge to double-fist. Not great.

Once he’d downed a healthy slug of the first cup, he turned back to her and strived to inject a trace of pleasantry into his voice. “So, are you a guest of Anthony’s?”

Grant hadn’t loved the guy’s hairy forearm taking up more than its share of armrest space over the years, but he’d welcome those furry ham hocks all day, every day, over a… a Yankees fan. It didn’t even bear considering.

She picked up on the naked hope in his voice and beamed at him. “Nope! Poor old Tony lost these tickets in the divorce. They’re all mine now.”

She gestured to herself and the empty seat next to her, but for some reason that horrifying confirmation wasn’t what made Grant pause. “You were married to Anthony Brandt?”

Well, well, well. Looks like he’d hit a nerve. Her already unfriendly face turned downright stony as she whipped her head forward to glare at the field where the players were taking their places for the opening pitch.

“He was married to my sister,” she gritted out.

Ah. That made more sense. Anthony had never brought his wife with him to the games over the years, only business associates. But in the thirty seconds that Grant had devoted to pondering the topic—which was about twenty-nine seconds too long, considering mankind’s limited time upon this Earth—he’d assumed the sweaty, obsequious Anthony would be married to one of those shiny-haired, big-breasted, docile creatures who agreed with every boring pronouncement he made. Grant certainly hadn’t pictured a thin, rangy woman in jeans with visible dirt stains on them. She wasn’t his type, which meant she definitely wasn’t his former seatmate’s type.

Well, maybe the ex-wife would be more reasonable.

“Don’t get your hopes up.” The woman bared her teeth at him in a terrifying approximation of a smile. “My sister loathes baseball, so these are mine for the season.”

Great. She had ESP along with the visible dirt stains, apparently.

The thwack of the Pirates leadoff hitter knocking the first pitch into left field interrupted their staring contest, and as Grant turned to look at the field, he couldn’t help but cast a longing glance at the empty seat next to his unwelcome new neighbor. Could she not at least scoot over one seat so the arm of his Cubbie-blue fleece wasn’t forced to rub against her Yankee navy? That had to be bad luck.

His obvious longing for her to just move the hell down already seemed to bring her an enormous amount of joy. “Oh, I don’t think so. This one has a muuuuch better view,” she drawled.

Then she tossed her raggedy ponytail over her shoulder, stretched out her denim-clad legs, and ignored him for the rest of the game.