Eleven of today’s most entertaining contemporary romance authors have teamed up to support reproductive choice in the new year. This anthology features feel-good fiction that’s heartwarming, often hilarious, and hot enough to light your sparklers. So raise a cup of kindness to the days of auld lang syne, and settle in for a steamy read.

100% of the royalties from this collection will benefit the National Network of Abortion Funds. Preorder now!

Sara's story is set in the world of her new series, In the Doghouse, coming in 2023. Bold Vibes Only tells the story of a reserved lawyer whose new year's resolution is to go after what she wants—including the hot-shot cook next door. It's hot, fast, and funny and will have you saying "yesssss, chef."

Raise a glass (and read a romance) in support of a good cause for only $.99! 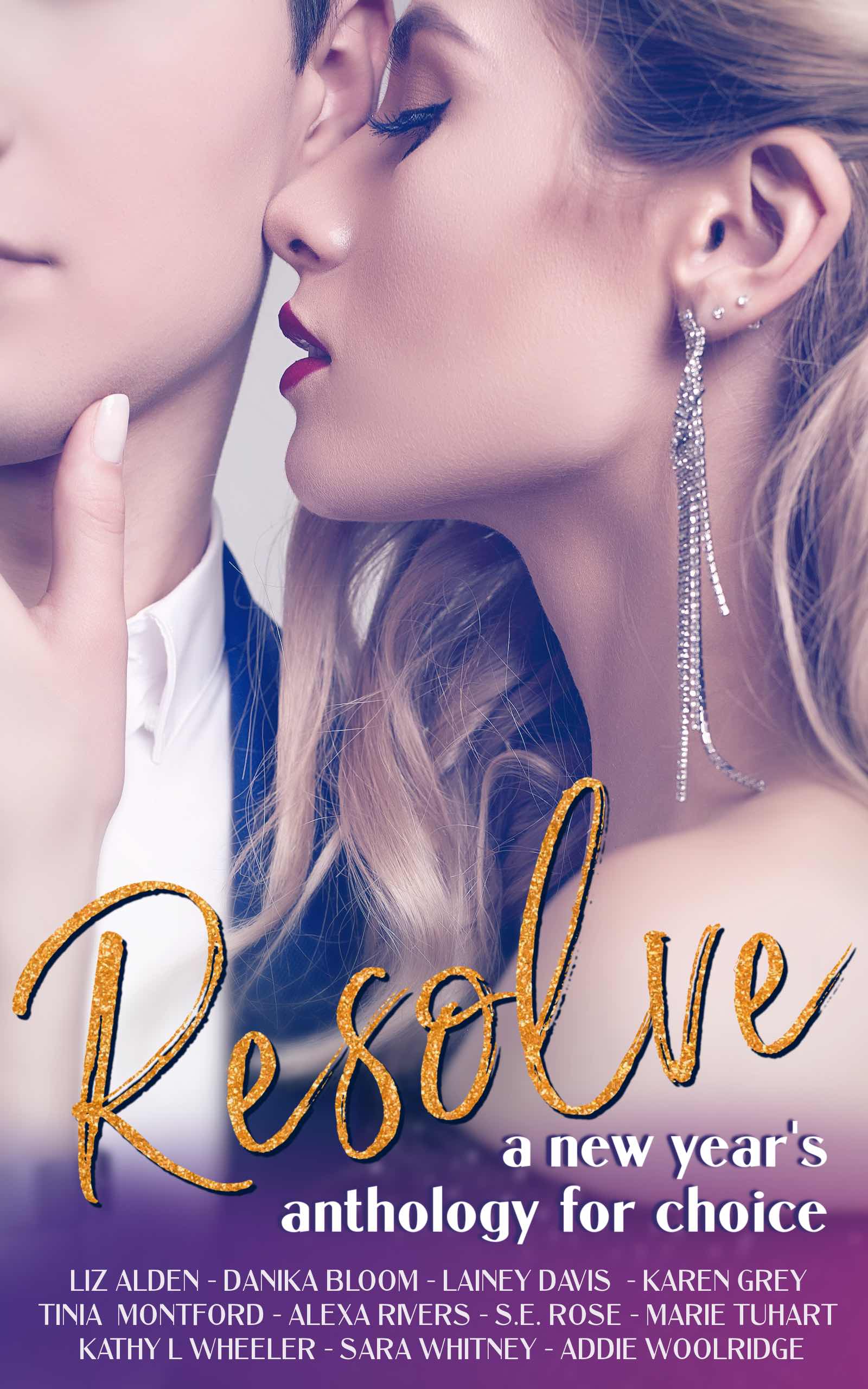 Preorder your copy now for $.99! Available in ebook for a limited time.

My ass is numb from the concrete by the time I hear the squeak of his back door.

Condensation swirls around my head as I exhale quietly, straining to catch the sound of his shoes on the deck, the flick of the lighter, the contented sigh. His ritual.

I’m so surprised he’s home tonight that I don’t even pause to overthink it. I just open my mouth and call, “Those things’ll kill you” across the dark stretch of our lawns. Except I’m so nervous that the words come out as a garbled, “Thngsllkillyew.”

Sweat prickles the back of my neck despite the snow that’s starting to drift from the overcast sky. Maybe he’ll think somebody nearby’s already celebrating the new year a little too hard.

But nope. I hear a quiet chuckle.

“I only let myself have one a week.”

There’s silence from Hot Neighbor’s yard as he… oh God, is he waiting for me to speak again? Doesn’t he know I’m praying for a large bird of prey to pick me up and drop me into the nearest large body of water?

I clasp my knees to my chest and consider curling into a tiny, silent ball until he goes back inside, but the light over my back door catches the silver ring circling my middle finger, making it glint in the darkness. Stretching out my legs, I run my thumb over the word “bold” engraved on it in blocky letters. My best friend’s Christmas gift inspired my stupid resolution this morning as I sprawled in bed and contemplated another January 1. Another year of nothing changing.

Hence, the resolution. Stop being scared. Go after what you want. Ask your way-too-hot, way-too-cool neighbor if he wants to have sex with you despite him being entirely out of your league.

Be bold, in other words.

My heart knocks against my ribs as I scramble from my seated position on the patio and risk a glance at him.

“Once a week? This is the third time you’ve been out here since Tuesday.”

He’s reclined against the side of his house, a dark slash against the yellow wash of light spilling from his kitchen window. I can’t see his expression, but his voice is amused when he says, “Busted.”

The tip of his cigarette glows between his fingers, but he doesn’t bring it to his lips. Instead he crushes it against the side of his house and turns so he’s facing me. “But it’s the only time I get to see you these days, isn’t it?”

“Sorry, what?” The flakes are drifting faster, and it makes it hard to make out his expression. He’s messing with me, calling out my creepy lurker tendencies. He has to be.

He pushes himself off the wall and starts to saunter toward me. I thought I was a sweaty, panicky mess before? That was nothing. Not when Hot Neighbor—don’t be a weirdo, you know his name, it’s Cameron—is walking in my direction with a crooked smile on his face.

“It’s winter, so nobody’s hanging around outside,” he says. “But you usually end up in your backyard around the same time I do.”

Why bother lying? I nod jerkily, and he tilts his head as he studies me.

He’s added an -ie to my name. It forces the truth out of my mouth.

I like the feel of his shortened name on my lips.

“So why is it that we usually end up outside at roughly the same time?” he asks.

His grin is charming, and it does its job. I’m charmed. Cameron and Grace are neighbors, but Cam and Gracie could be more than that.

Cam and I bump into each other at the mailboxes at the end of our driveways a couple of times a month, and we ended up raking our yards on the same day in October, commiserating the whole time. Whenever we talk, I have to force myself not to imagine what he looks like naked, but I’ve never been able to lasso my courage to come right out and say, “How would you feel about having sex with me?”

So yes, I do happen to sometimes quite by accident step onto my back patio to look at the stars on Sunday nights. Sunday nights, when his restaurant is closed and he’s home to step outside with the cigarette that he holds but rarely smokes. In all that time, I’ve never been brave enough to be anything more than the friendly neighbor. I didn’t actually think he’d be here tonight since it’s New Year’s Eve, but he is, and I’ve got a brand-new resolution pulsing in my brain.

Unfortunately, it doesn’t stop me from completely blowing the opening he’s given me.

He smirks and moves another step closer, nodding his chin to the house on the other side of mine. “Jeff told me all about you.”

And just like that, exasperation vanquishes my nerves. “Of course he did,” I groan.

Every neighborhood has a gossip, and our little slice of heaven in Beaucoeur, Illinois, is no different. Jeff the retired Marine knows the secrets of everybody on the block, and he’ll tell you all of them while he unsticks your stuck hose nozzle or lends you his weed whacker. And now I’m terrified that Jeff describes me exactly as I am: steady. Reliable. Terminally dull.

“You were your college commencement speaker?” Cam’s graze travels down my body. “That’s hot.”

I flush immediately. If a stray snowflake were to land on my cheek right now, it would sizzle away into steam. “I was a nerd. The opposite of hot.”

Yet I drift across the distance between us and step onto his deck. He tilts his head, the light from his window playing across the sharp line of his cheekbones. “Not from where I’m standing.”

He takes a step closer. So do I. Now I’m near enough to see the spray of freckles across his nose, a gift from all those afternoons he spent sprawled in a chair in his backyard listening to baseball on the radio while I watered my flower beds and pretended not to notice him noticing me.

Asking your “he’s so not my type” neighbor to sex you up probably isn’t the smartest thing in the world since our properties touch. But he’s the most magnetic guy who’s ever entered my orbit, with his untamed hair and that grin that says he’s thinking something absolutely filthy while you’re standing there babbling about the neighborhood recycling program. A once-and-done situation with this man would undoubtedly be the highlight of my otherwise boring sexual life, even if it means our casual hellos and goodbyes forever after will be a little awkward.